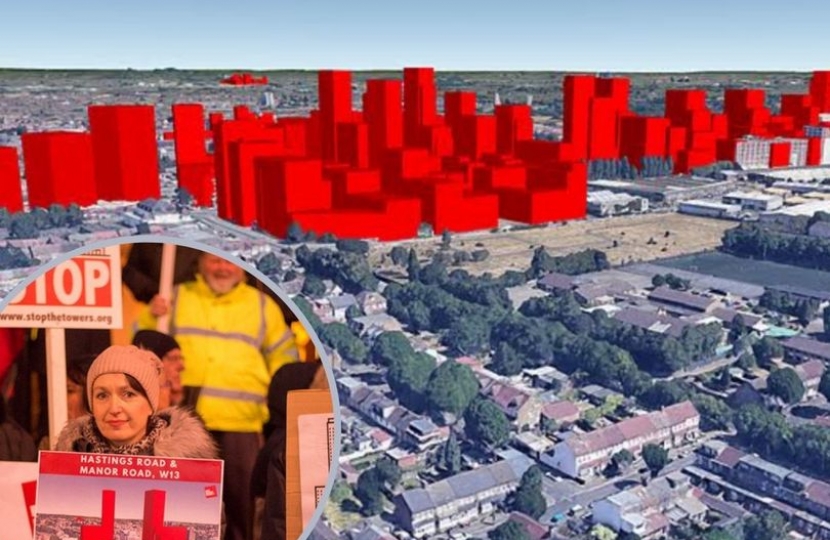 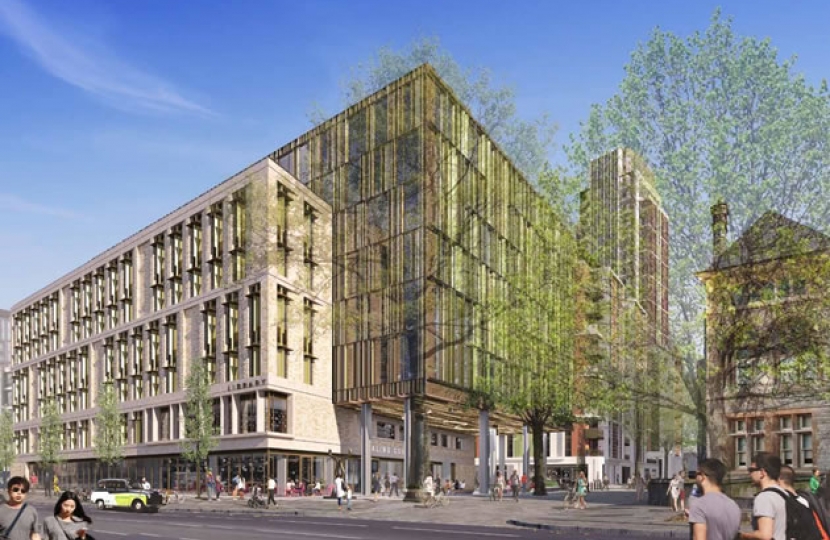 A virtual meeting of the Ealing Council planning committee shamefully rammed through the controversial Perceval House development this past week on Wednesday.

The live stream of the discussion and vote was full of technical problems with 7 councillors voting for the scheme with 3 against and 3 abstaining. The approval came despite over 2,000 objections being lodged against the scheme which will include a 26 storey tower.

“The world and our way of working has changed significantly during the Covid-19 pandemic. The ability for staff to work flexibly and for council services to be delivered in different ways means that our office needs have changed, which will save money for both the council, and local council tax-payers.”

The Ealing Labour run council have angered local residents by rushing the planning application back to the committee just a few weeks after the committee had deferred the decision over concerns about the lack of family housing in the scheme, with only 7 of the 477 flats having at least 3 bedrooms.

Quickly drawn up new designs were brought forward in which the number of 1 bedroom and 3 bedroom units was increased at the expense of 2 bedroom units.

One of the local residents who had been campaigning against the development said, “This is exactly what we feared would happen. Everyone could see that the changes were entirely cosmetic and didn’t deal with the concerns raised but it allowed them time to flip the extra vote they needed to get approval.”

A series of videos has been made by elderly residents of Apsley House on Grange Road which the Chair of the Planning committee Labour Cllr Manro refused to have shown at the meeting. Located on Longfield Avenue adjacent to the Town Hall, Apsley House is housing for people aged 55 and over who occupied council or housing association homes with one or more spare bedrooms. Current residents are predominantly elderly and vulnerable pensioners in their 70s, 80s and some in their 90s; many of whom are house bound with serious health issues.

Shirley, a local Apsley House resident who has been silenced by Ealing Council, says that she was delighted when she was given the opportunity to move there but from day one her life has been made unbearable due to noise from building work and now the Perceval House development will deprive her of all natural day-light. She says, “We have been duped from day one, we were never told the truth.” https://www.youtube.com/watch?v=FYPAzGMd528

Cllr Seema Kumar, Ealing Broadway Councillor, who said afterwards, "The decision of the Labour Councillors to support the redevelopment of Perceval House at the expense of residents’ quality of life and well-being has come to define Labour’s view on housing: the taller, the better, quality and residents do not matter.

" Hundreds of residents, many over 70, and in their 80’s and some over 90 will be totally overwhelmed by this monster block. Yet, their videos outlining the negative impact the development would have on their health and quality of life was not allowed to be played. They speak very powerfully and convey truth to power but were denied a voice by the very people entrusted to give them a voice. One said as citizens, voters and constituents do we not matter.

"Labour’s support for this redevelopment is everything that is wrong with the Labour party; blind to developers’ greed; deaf to residents’ concerns and, dumb to the environmental impact."

Perceval House is Ealing Councils main office accommodation in Ealing Broadway town centre. Ealing Council has partnered with private developers Vistry on the redevelopment project. They claim the project will see a new civic hub built on Uxbridge Road, including smaller council offices, a new library and a customer service centre. At the rear, will be 477 new luxury homes, 28 of which will be three-bedroomed, with retail premises on the ground floor. Fifty percent of these homes will be classed by the council as “affordable”.

Originally, the Perceval House redevelopment was going to be completed in stages, with a partial demolition taking place to make room for the construction of a new smaller office building while staff continued to work from the remaining part. However, the Covid-19 pandemic has accelerated a shift towards more remote working leading to changes in the way the council delivers its services.

Cllr Mik Sabiers, Councillor for South Acton & Cabinet lead for Housing, Planning and Transformation, said, “As a council, we are focused on delivering more genuinely affordable housing for local families and the Perceval House redevelopment is one of the ways we are doing this. I am pleased that Ealing’s planning committee has given its approval, because this means we are on track to house more people on our waiting list even sooner than initially planned, as well as get the most out of this important, town-centre location with a new library and commercial space.

The demolition of Perceval House could start as soon as December. 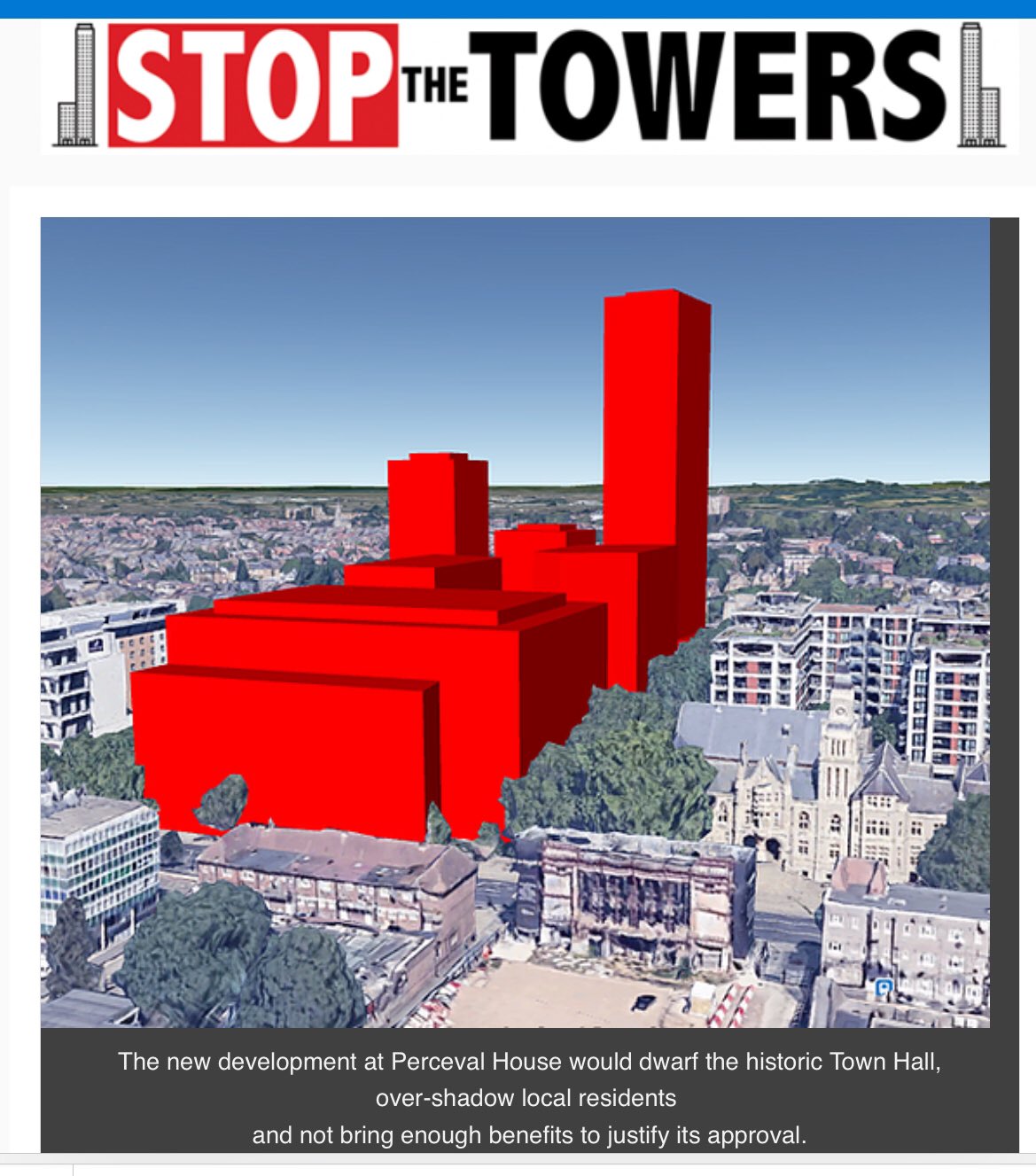 Developers are proposing to build a 16 storey skyscraper to accommodate 1200 students in the middle of Hanger Lane Gyratory, devastating the views from the Brunswick, Haymills and West Twyford areas.