Seema was born in Kenya, read psychology and ran a successful travel business for many years before entering local government. Seema is a highly active voluntary professional and key charity supporter for over three decades. She is multilingual and speak over 5 languages, notable Urdu, Punjabi, Swahili, German and Gujarati. She was the first female Asian Conservative councillor to be elected in the London Borough of Ealing.

Seema was elected councillor for the Ealing Broadway Ward in 2014. Prior to that, she was selected in the local 2002 election to stand in Walpole Ward. She is currently shadow cabinet member for business and the communities.Seema scored another first when she became female Asian Deputy Mayor for Ealing borough – she undertook this role 2008/9.

She is chairman of Ealing Acton Conservative Association’s patron’s club, which is running successfully in its eighth year. Seema has promoted Ealing Art Group, allowing local artists to  exhibit their work in prime locations for display and sales. 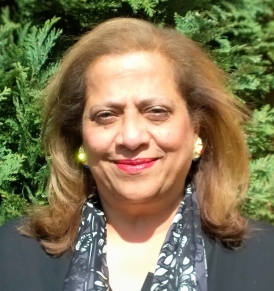