Alexander has lived in Ealing Broadway Ward for most of his life. He attended St Benedict’s School where he was Deputy Head Boy, played with the Ealing Youth Orchestra and was Head Chorister of the Ealing Abbey Choir. After graduating from Oxford University, Alexander worked in Parliament for four years and currently works in communications.

Since being elected to Ealing Council in 2014 he has worked tirelessly to support local businesses and community groups and to improve the Broadway, making it a place for all to live, work and enjoy.

A dedicated charity campaigner and advocate, Alexander is determined to improve the lives of those in Ealing and further afield. 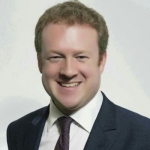 Gregory Stafford has lived in Ealing all his life. He was educated at St. Benedict's School and has been active in the community ever since. He is a governor at a local primary school and has been an Ealing councillor since 2007. Greg is Leader of the Conservative Group on the council and spokesman on Finance. He led the successful campaign against local A&E downgrades and locally he continues to campaign for cleaner streets and against fortnightly rubbish collections and wheelie bins. He writes a monthly column in the Ealing Gazette exposing the Labour Council's waste and profligacy.

Joy Morrissey has lived in Ealing for eight years, where her daughter was born, as was her husband.  She came to London to take a masters degree at London School of Economics, where she became the first post-graduate in 30 years to be elected by the entire LSE Student body to the LSE Court of Governors, where she served alongside Howard Davis, Cheri Blair and Peter Sutherland. 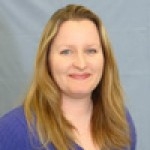 Joanna has lived in Ealing for over 40 years and her family has been in Ealing Common since the 1960s. Joanna is a project management consultant with experience in aviation, transport, education and energy. Currently, she is the Conservative lead on planning and sits on the Gunnersbury Park Regeneration Board. Since being first elected as an Ealing Common councillor in 2006 Joanna has worked extensively on road and traffic problems in the ward including road resurfacing, CPZs and specific issues in individual areas. 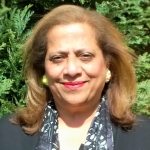 Seema Kumar was born in Kenya, read psychology and ran a successful travel business until she got married. Seema is a highly active and voluntary professional charity supporter with a 31- year history and speaks Urdu, Punjabi, Swahili, basic Russian, German,
and a little Gujarati. She was the first female Asian Conservative
councillor to be elected in the London Borough of Ealing. 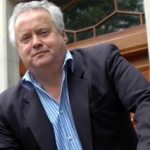 Nigel Sumner was elected as a councillor in 1994. He is married with two children and has lived in the Borough since 1976. Although now retired Nigel enjoyed a career in business and finance. He is currently Shadow Cabinet Member for Public Realm and Opposition spokesperson for Licensing and Regulatory, and Green Champion for Trees, Hedgerows, Footpaths, Orchards and Heritage. 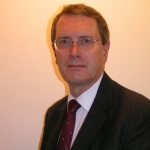 Anthony was born and grew up in Ealing, and worked for many years in the borough as a veterinary surgeon. Anthony is currently the longest serving councillor on Ealing council, having served the ward of Ealing Broadway since 1978. Anthony has particularly interest in the Environment, the state of Ealing's roads and pavements, parks and open spaces. 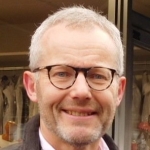 David has lived in Northfields for over 30 years, the area he represents on Ealing Council.  He is a governor for Fielding Primary School in Northfields.  He takes a keen interest in the affairs of young people and what’s important to them, and particularly the young people for whom the Council is the legal guardian, so called Looked After Children.