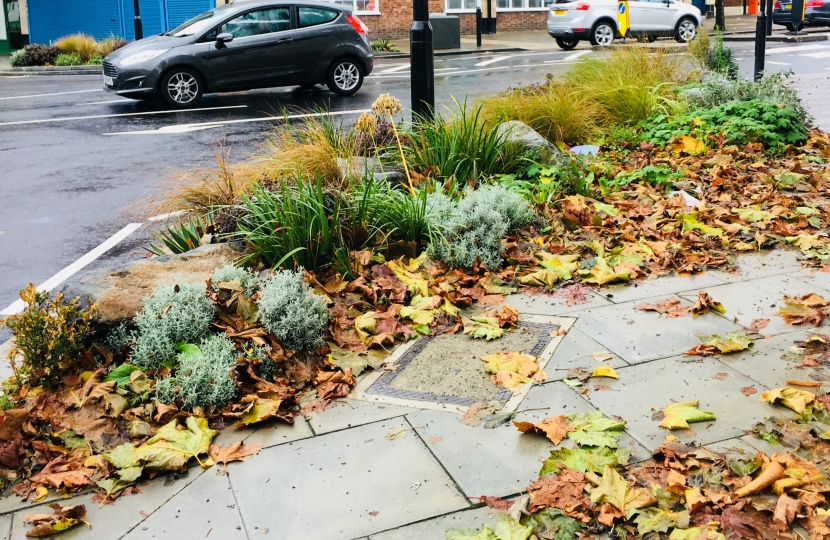 Advertising boards that had been placed by Ealing Council, without consultation, in the new flower beds opposite The Plough have finally been removed. This was following a successful campaign by Northfield Ward Councillors, Fabio Conti, David Millican and Theresa Mullins and local residents.

The re-development of Little Ealing Shopping Parade at the end of Northfield Avenue which saw the local ward councillors work with council officers and Ealing Fields Resident Association included the creation of two flowers bed. The advertising boards were not part of the original plans and then a consultation was promised, which didn't happen. The Northfield Councillors felt that the council placing four advertising boards without any form of consultation in beds that are being maintained by fantastic volunteers from the local resident association was not appropriate.