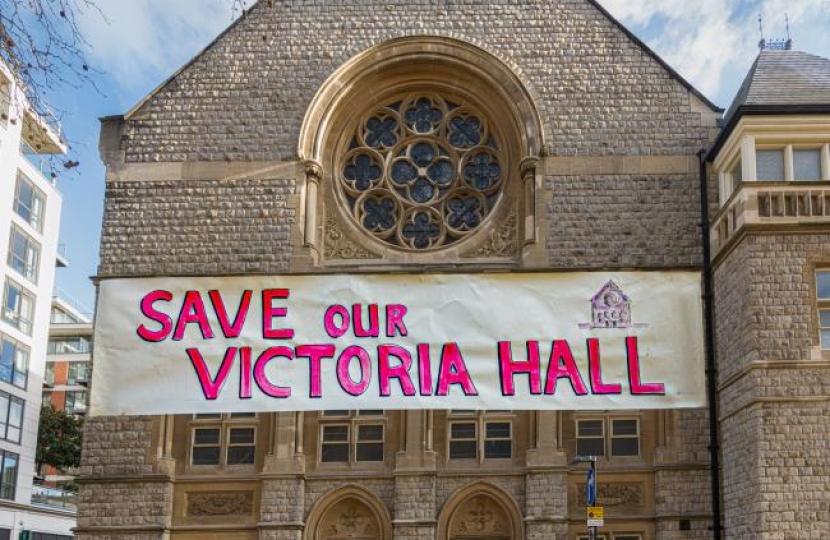 A group of Ealing residents are taking the Charity Commission to court to challenge it allowing the Ealing Labour Council’s desire to sell off Ealing Town Hall.

Community group 'Friends of Victoria Hall' is launching an appeal at the Charity Tribunal to stop the commission from allowing the Labour council to change the rules of the trust which owns the hall so that it can take over its property. Friends of Victoria Hall have started a crowdfunder to supporters to pay the legal costs of the challenge. It has already raised over half of its target.

The Ealing Labour run council back in 2016 entered into an agreement with a property developer to sell off the Town Hall on a short lease to turn it into a high end luxury hotel. The deal included the Victoria Hall which accounts for over 20% of the property and which currently belongs to the charitable Victoria Hall Trust, not the Ealing Labour council. The trust was originally set up in 1893 to run the venue for the benefit of the whole local community.

Back in March the Charity Commission published what it ruled would be the final draft of a ‘Scheme’ for the Victoria Hall Trust which would allow the Ealing Labour Council to sell its property. Shamefully, this new Scheme ignored most of the shortcomings of previous versions, including many that had been identified in the Commission’s own detailed review just over a year ago.

The local Ealing Conservatives believe that the Victoria Hall is an important and unique asset to the local community. Below we will leave a link to the Crowdfunding page where you can pledge your support to stop this Labour run council and save the hall.