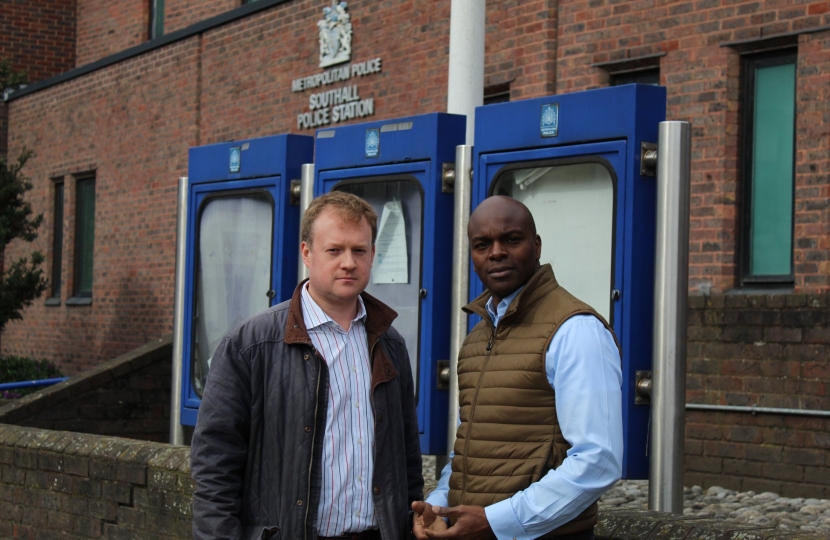 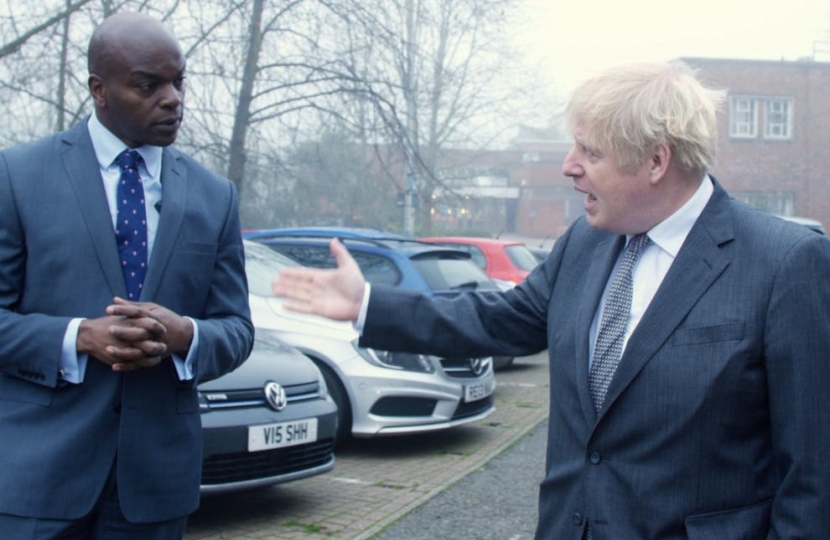 Shaun Bailey this week pledged to reopen the 38 police station front counters that have closed in London in the last four years under Mayor Sadiq Khan.

Earlier this year our GLA candidate for Ealing & Hillingdon Gregory Stafford accompanied Shaun Bailey as they visited Southall Police Station. The station along with Ealing, Ruisilp and Uxbridge are four of the 38 that Shaun will reopen across London if elected. Crime in recent years has skyrocketed out of control across Ealing & Hillingdon, with absent leadership from our elected Labour representatives.

Shaun Bailey, on a walkabout with the Prime Minister yesterday morning, vowed to return the capital’s number of police stations open to the public to 73 by 2025 if he is elected next May. Shaun said he understood the importance of a permanent local police presence. He claimed it would help to tackle rising crime rates seen since Mr Khan took office in 2016 and make it easier to report crime.

Shaun Bailey said: “More than 38 police stations have either been partially closed or fully closed by Sadiq Khan.

“When a police station closes, residents lose the ability to speak to an officer when they need to. This hurts communities and makes our streets less safe.

“As Mayor, I’ll fully reopen every single one of the police stations that Sadiq Khan closed — making sure residents can always speak to an officer when they need to.”

The 38 new front counters would be “based in properties that form part of the police estate and will all be re-opened by the end of his first term”. The Met has 137 operational buildings in London.

The Prime Minister said: “This one here in Uxbridge is exactly the type of police station that Sadiq Khan has wrongly earmarked for closure. Shaun is working with the local council with a great plan to keep it open and obviously if you back Bailey next year we will have more police out on our streets fighting crime.”

He added: “What we’re doing is the Government is getting more police out on the streets but we need a strong, crime fighting Mayor like Shaun Bailey to turn the tide in the fight against crime and get crime down.”