Reporting back for the Northfield Ward Forum 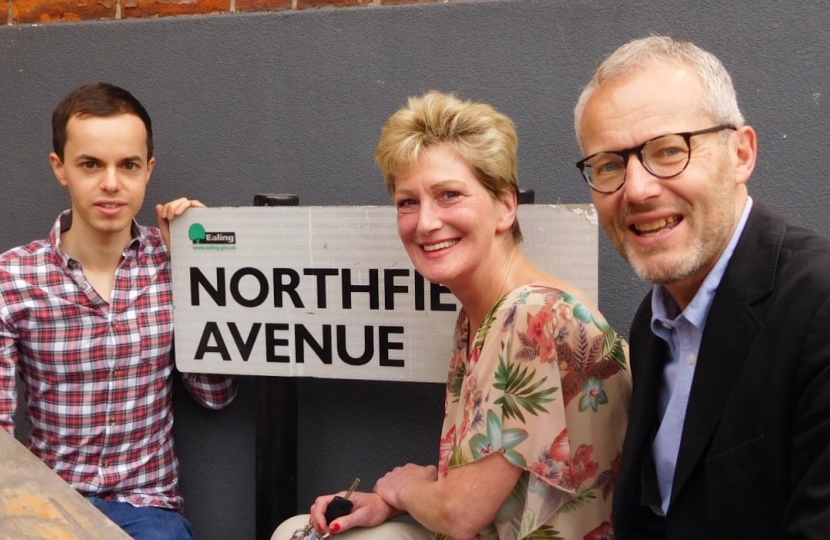 Last week’s Northfields Ward Forum was attended by 75 or so local residents.  The formal minutes will follow but here is a summary -

§  The Northfields Met Police team reported that whilst crime and was low in our community, they remained vigilant and had made several arrests recently. In the long run they will move to a new base, serving all of central Ealing, but the Neighbourhood team, with a Sergeant, two Constables and a Community Support Officer would remain dedicated to our community.  The Police team received a round of applause!

§  Ealing Borough of Culture – the Ward Forum is supporting the “Making Your Future” Photo Exhibition at Northfields Library; Pitzhanger Manor & Gallery will re-open next year and Northfields Councillors are pressing for local groups to be able to exhibit; you might want to support Ealing’s bid to be the Borough of Culture

§  Parking and CPZs – the new West Ealing CPZ, from Leighton Rd to Sainsburys will start on 11 Dec; the new CPZ covering North Rd, South Rd, Chilton Ave & Popes La would start in February 2018; the area bounded by Elthorne Pk Rd & south of Leighton Rd, Northfields Av, Boston Rd & Piccadilly line will be consulted in the new year. Please let us Councillors know what you think so we are fully appraised of local opinion.

§  New trees – over 150 planted locally, brightening our parks and roads

§  Plant beds opposite the Plough – after huge pressure from residents and Councillors the advertising signs have been removed.  Thanks to members of Ealing Fields Residents Association, who’ll maintain these beds

§  Litter, rubbish and flytip hotspots – Many residents raised the perennial problem of the poor service.  Please keep highlighting with us Councillors as we have almost a hotline to council officers

§  Brentford Festival – agreed to support again next year.  Huge thanks to Linda Massey for all she does

§  Christmas lights and trees – Xmas lights on Northfields Ave and South Ealing Rd. Tree on the Triangle at the junction of Leighton Rd/Northfields Ave. For the first time, a Xmas tree in Bramley Gardens, where we are planning for a Carol Concert to raise money for the Log Cabin – date to follow soon

§  Blondin Park – fantastic news that the park has been awarded a Green Flag after much support from local residents and Councillors; will work with The Orchard Project to develop the orchard in the Nature Area of the park

§  Planning decisions – Northfield Councillors said that, whilst we need more housing, it must be sympathetic to the environment; so were disappointed that, despite concerted community opposition, Ealing Council had approved the over-development of the Orion Park site opposite Northfields station and a totemic site being converted from a family home into four flats

§  Junction 2 Event in Boston Manor Park in June – huge noise & disruption caused. Your councillors have met organisers and Hounslow Council and are at the forefront of demanding noise mitigation and much better communication if held again in 2018

The next Northfield Ward Forum to be held on Monday 12 March 7:30pm at Northfields Community Centre, 71A Northcroft Road