Parts of Ealing have seen significant Covid rises in a week 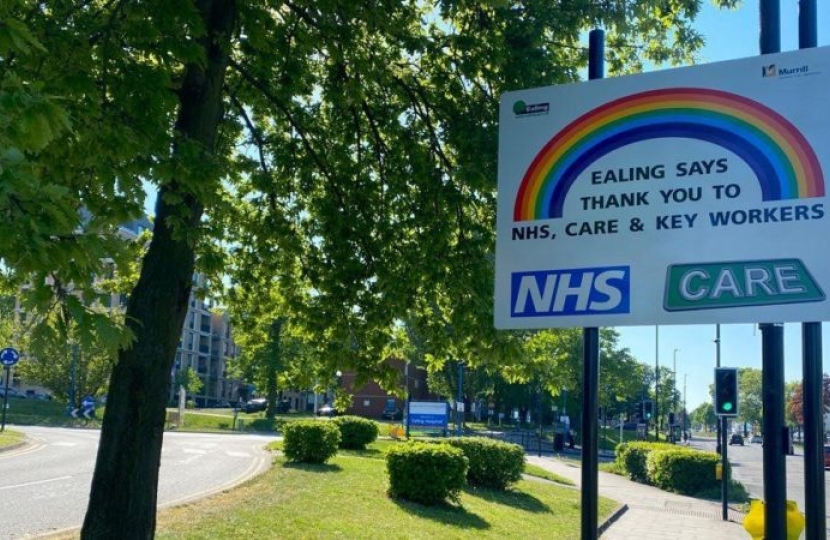 The latest figures have shown a broad variation within Ealing borough for Covid-19 infection rates with Northolt and Greenford hardest hit by the spread of the new more virulent strain of the virus.

According to Public Health England data, the latest figures in the week up to December 31, 2020, shows Northolt East has suffered the highest cumulative coronavirus rate per 100,000 people, at 1311.5.

It is also revealed, alongside Greenford West and Greenford Ravenor Park areas, to have seen the biggest increase in cases in the latest week where data is available.

Northolt East has surged in positive cases by 109.5 per cent compared to the previous week, while Greenford West and Greenford Ravenor Park have risen by 111.9 per cent and 117.5 per cent respectively.

Meanwhile, areas such as South Acton and South Ealing have seen a large drop-off in cases with 26.5 per cent and 38.5 per cent declines respectively.

South Ealing appears to have the lowest rolling coronavirus rate in the borough at 494.4 per 100,000 cases – or just 32 positive cases.

The data from Public Health England for each area was collected from July last year.

As a borough, Ealing’s latest weekly rate of coronavirus cases has been recorded at 911.9 per 100,000, in the seven days up to January 2.

On 5 January the daily number of new people tested positive for Covid-19 in London was reported as 14,700 bringing the total number of infections in the capital since the beginning of the pandemic to over 450,000. In the same period over 2.4 million people have now caught the virus in England.

Below are all the areas in Ealing ranked from highest rolling coronavirus rate to lowest. 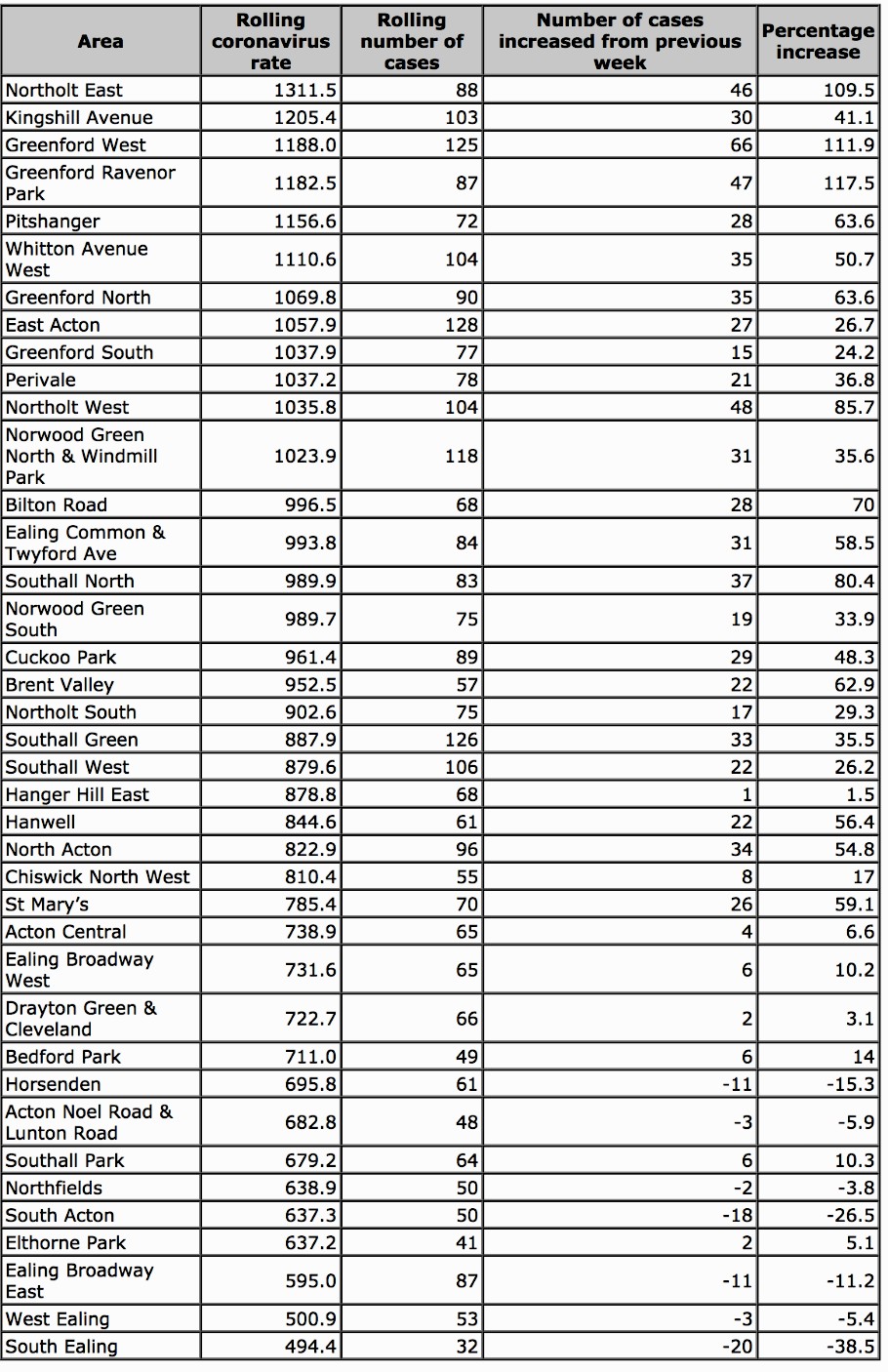