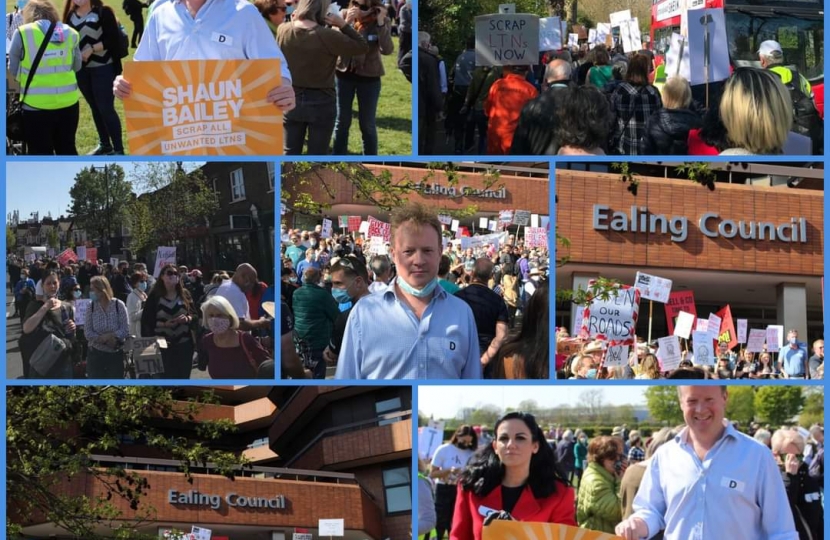 The protest march that was held this past Saturday (24 April) against the implementation of LTNs by Ealing Labour was even bigger than the one held earlier in September with numbers anywhere between 3000 and 5000 participants.

Many Ealing Conservative members joined in the march including our GLA candidate for Ealing & Hillingdon Gregory Stafford and our By-election candidates including Fabio Conti for Hanger Hill & Julian Gallant for Ealing Broadway. Local residents assembled in Blondin Park where there was a buoyant and positive atmosphere helped by the beautiful weather. The march proceeded along Northfield Avenue towards the Ealing Council building with huge support from local business and cars driving past.

A huge crowd assembled outside the council offices where a number of speeches from the organisers of the march 'One Ealing' were met with huge appreciation and gratitude.

Campaign group One Ealing said, “One Ealing would like to thank the thousands of residents who came out on Saturday to join in our second protest March against the LTNs. The sheer number of people who attended we feel is a message in itself, we are not a vocal minority but a majority who are vocal and will continue to be so until a democratic process is upheld. Ealing Council, will you listen now? The ball is firmly in your court.”

Our group Leader and GLA candidate for Ealing & Hillingdon Gregory Stafford said "Thousands of people like me are marching against LTNs which have been imposed upon us by the local Labour council. Thousands and thousands of people have written into the council, they have signed petitions, they have been on marches and they have said to the council we want these LTNs scrapped. They are causing pollution, they are causing congestion and the only way we are going to get rid of them is by voting for me Gregory Stafford as the London Assembly Member for Ealing and Hillingdon and for Shaun Bailey as Mayor of London on May 6th". 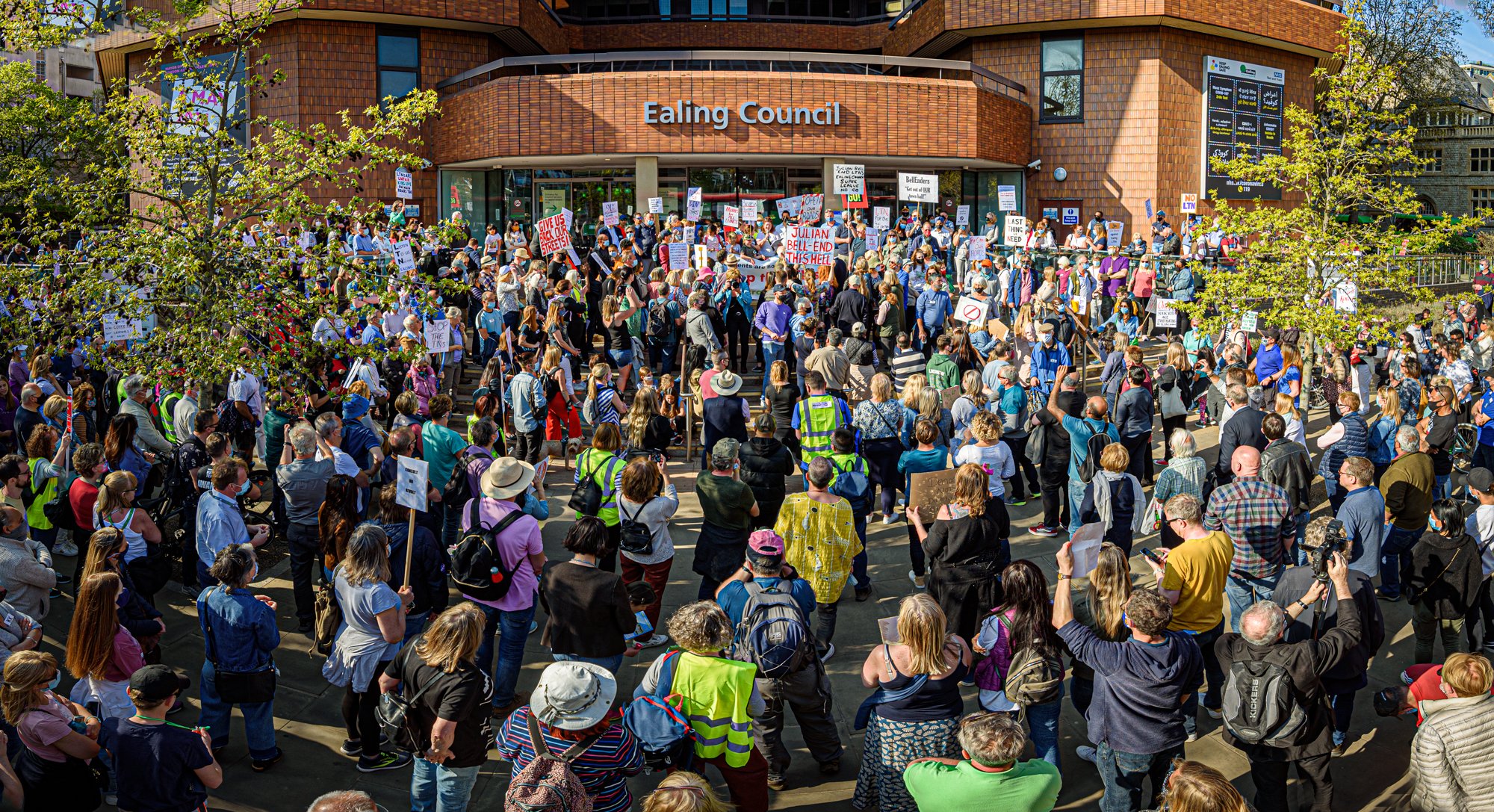