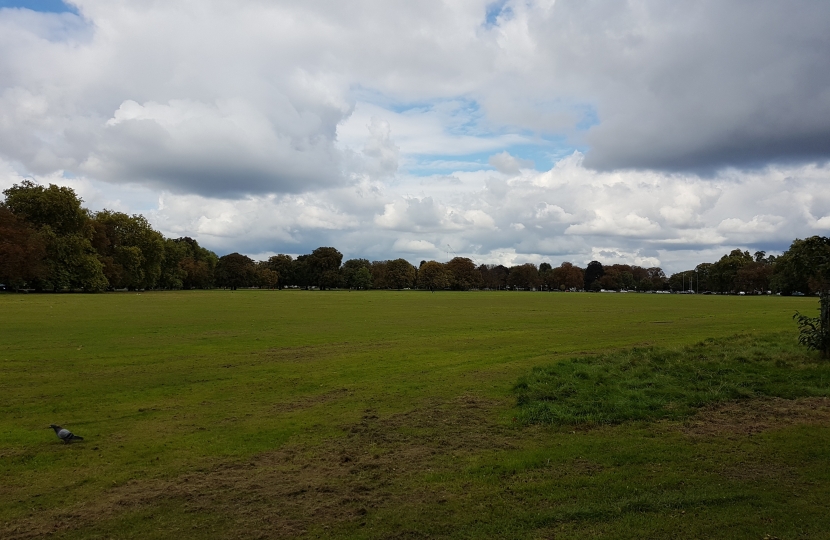 Following a borough-wide campaign in September, the petition for an injunction against unauthorised encampments was debated at last month's Full Council.

Cllr Joanna Dabrowska, Ealing Common ward councillor, initiated the petition with over 1,500 residents signing it, including her Labour ward colleague.

Unfortunately, at the council meeting, this Labour councillor did a U-turn, and voted against the petition together with his Labour colleagues. The Liberal Democrats also rejected the call for the borough-wide injunction.

Ealing borough has had the second highest number of unauthorised encampments across London with over 160 in just three years; over one a week.

Instead, the Labour-run Council decided to announce that they will install ‘fences and ditches’ around the Common.

“This is such an illogical solution. The Council are planning to put ‘fences’ around two parts of Ealing Common costing £200k.  What about the other four parts where there have been unauthorised encampments?  It’s a waste of public money. I’d rather taxpayer funds be spent on saving the borough’s  seven libraries under imminent threat of closure.

Since the debate, we’ve had numerous encampments across the whole of the borough with more than half of them on public land. I  am sure the financial cost of the injunction will be, if not already, be outweighed by the current and future unauthorised encampments.

The Council seems to have forgotten the rest of the borough residents.

Ealing Labour are putting their political agenda above the needs of all residents in Acton, Southall, Greenford, Northolt, Perivale, Hanwell and Northfields.

They simply don’t care about anyone other than themselves.”

Cllr Dabrowska, as the petitioner, is still waiting for a response regarding providing additional legal traveller sites.