Ealing Hospital is not closing. Ealing Conservatives work to get assurances from the NHS 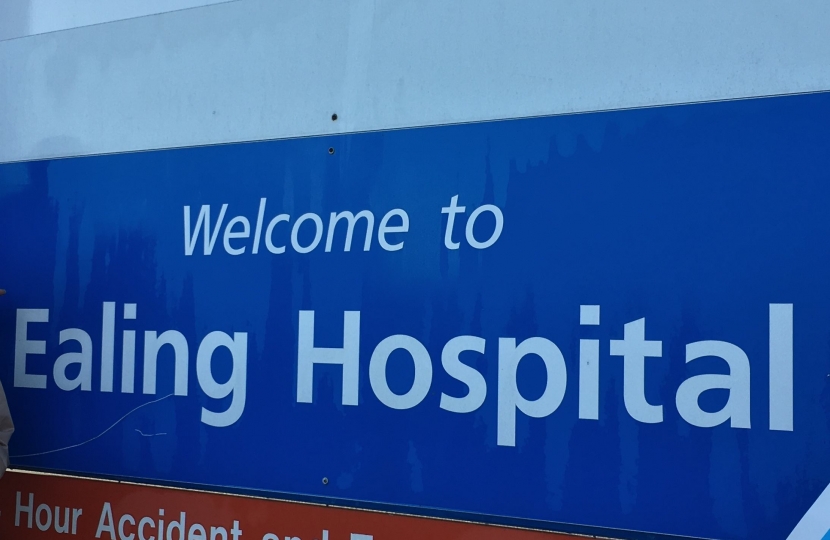 Despite a lot of misinformation and claims over the last 10 years, Ealing hospital is not closing. Getting the facts out about local changes has been frustrated by Ealing Council, who are preventing the NHS from publishing details of changes in the Council Magazine: Around Ealing.

Two areas of concern however are the future shape of Ealing A&E and the number of beds at Ealing Hospital. Ealing Conservative Councillors wrote and met with the local NHS leader and the Secretary of State for Health and Social Care Jeremy Hunt MP to discuss these concerns.

The NHS have given clear assurances that no changes to Ealing A&E will take place until there is a reduction in patient usage. Additionally, even when changes have taken place patients will still be able to walk into Ealing A&E and be treated.

“Regarding A&E, the same principle applies with that of bed numbers, we will want to see reductions in patient usage before changes are made….The way patients’ access A&E services will not change and people will not need to do anything differently”– Dr Mohini Parmar 24th October 2017

We have also received assurances from the NHS that they will only look at changing bed numbers once all their planned out of hospital services, which are aimed at reducing admissions, are up and running and working successfully.

“Only once we are completely assured that those services are not just in place but working for our local community will we look at bed numbers.” – Dr Mohini Parmar 24th October 2017

The NHS have also given the same assurances to the Health Secretary.

“The local NHS has provided assurances to me that bed reductions will not take place until it sees a sustained reduction in attendances following the successful implementation of its schemes to reduce admissions.” - The Secretary of State for Health, Jeremy Hunt MP 21st December 2017

Ealing Conservatives will hold the NHS to its commitments and always fight for improved services for local people.

Ever since clinically led plans were first announced for the closure Ealing Hospital’s Stroke Unit in 2009 there has been concerns regarding the changes put forward by local doctors to improve local health services.

There have been a lot of claims about these changes, but the results so far are:

One of the key areas of concern is about the future of Ealing A&E. The local NHS leader has clearly outlined that the way people access emergency services will not change.

“Most people who walk, take public transport or are driven to Ealing A&E will be well enough to be seen and treated there now and in the future. Those that need further care will be transferred to the right place. Regarding messaging for the public, it will be very simple and exactly what people are already doing, with no expectation of self-triage. In a life threatening emergency call 999 for an ambulance, for all other emergencies please attend the A&E at Ealing Hospital.” – Dr Mohini Parmar 24th October 2017