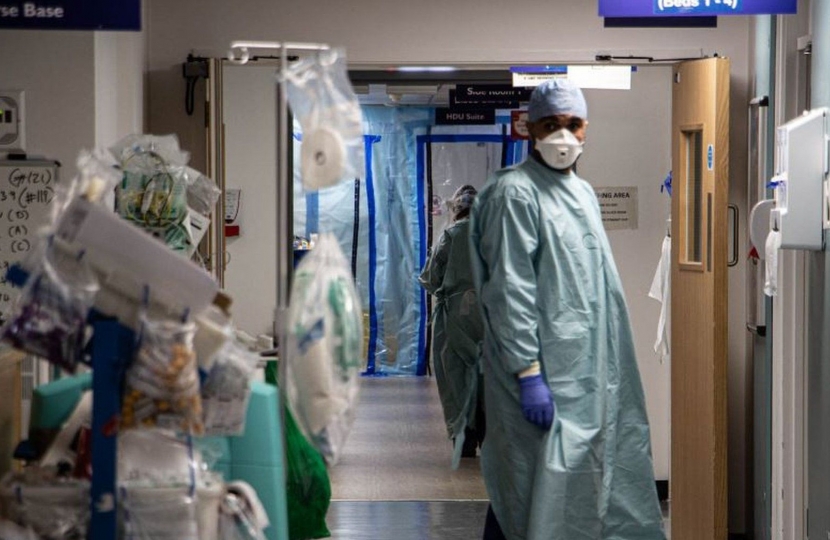 The most recent official figures show that Ealing borough now has the highest Covid-19 infection rate in the whole of London. In the week to 22 January the area had seen 705 new cases per 100,000 population against an average for the capital of 495. Whereas other parts of London are seeing drastic falls in their infection rate, Ealing’s remains very high.

At the same time the latest official data for deaths shows that fatalities in the borough from the disease during December numbered 40 bringing the total number of deaths since the start of the pandemic to 459.

The Southall and Northolt areas are seeing the highest number of cases with the Southall North area seeing a rate nearly twice the borough’s average and three times that for London with 116 cases in the week to 22 January.

Northolt is still seeing cases rise with double digit increases in Northolt East and Northolt South to reach an infection rate of over 1,000 per 100,000 population.

Greenford, which had previously seen the highest levels of infections in the borough remains significantly affected but the number of positive tests are falling.

The area with the lowest rate of infection is Northfields which saw just 27 cases in the week for an infection rate of 345.0 per 100,000.

This past Wednesday the daily number of new people tested positive for Covid-19 in London was reported as 4,076 bringing the total since the start of the pandemic to over 640,000. This compares to a figure of 3,248,215 cases for England as a whole

Data for the last few days are constantly being revised as more information becomes available.

Here are all the areas in Ealing ranked from highest rolling coronavirus rate to lowest. 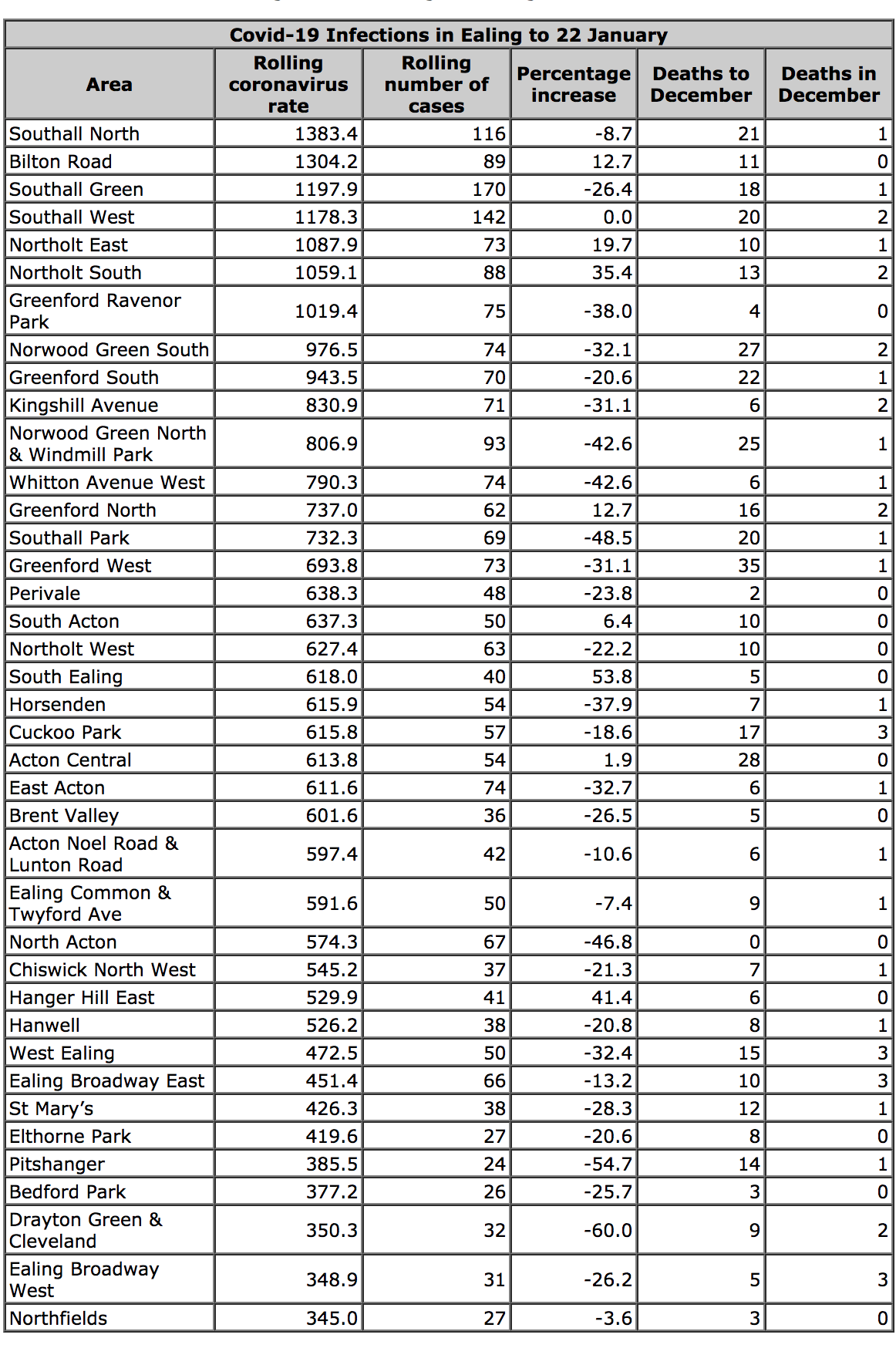