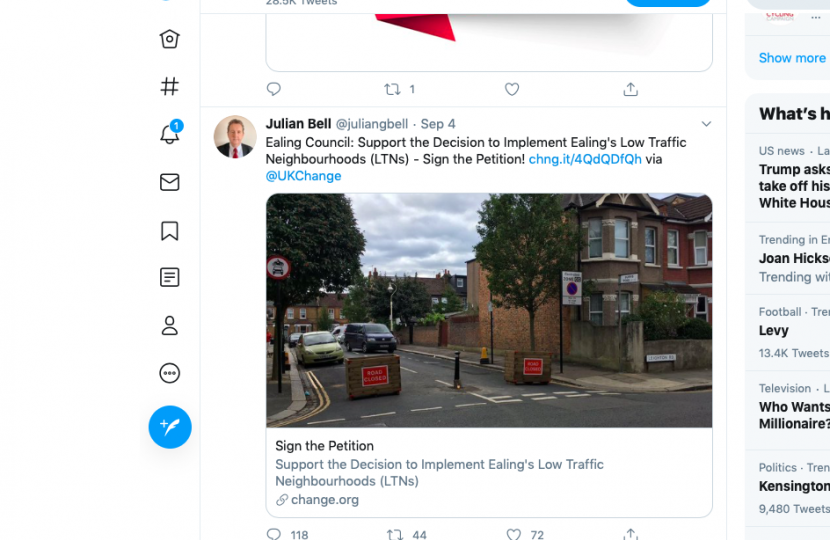 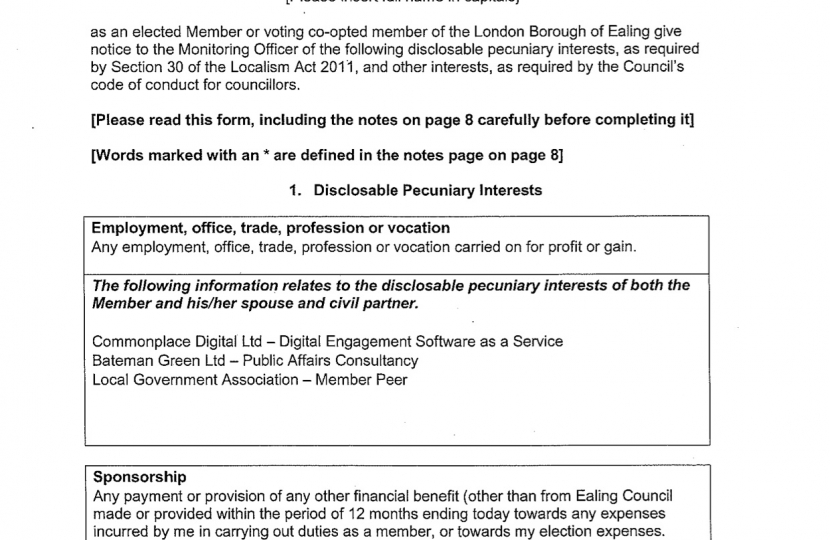 Ealing’s Labour Council has purchased an online digital platform from Commonplace Digital Ltd, for capturing responses to the hugely controversial Low Traffic Neighbourhood (LTN) schemes, from one of its own councillors.

Cllr Peter Mason, is Sales and Public Affairs Manager for Commonplace; demonstrating a clear and obvious conflict of interest, that undermines any suggestion of impartiality in the consultation process.

“How on earth can residents expect a fair, transparent and impartial consultation on such a hugely controversial scheme when Ealing Council purchases the online digital platform from one of its own councillors; and the Council Leader is actively promoting support for the continuation of the scheme?"

"Let’s not forget that 3,000 local residents recently marched along Northfields Ave to Ealing Town Hall opposing the schemes; and over 9,060 have signed the online petition opposing for the LTNs, whereas only 750 have signed the petition supporting the LTNs”

“I await a response to my request to Ealing Council’s Director of Legal and Democratic Services asking for an investigation into the conflict of interest and whether the tender process was conducted fairly.”

Commonplace, an online surveying tool, has now been purchased and is being set up to capture formal responses to the LTN schemes as part of the consultation process. This tool will allow us to better understand residents’ perceptions of LTNs on a much larger scale.

Cllr Mason was an Ealing Council Cabinet Member until his resignation on Tuesday 29 Sept foliowing his apparent involvement in the failed no-confidence motion against the Council Leader, the previous evening,

How our Culture Recovery Fund is Supporting the Arts

The Culture Secretary has announced £257 million to help save theatres, arts venues, museums and cultural organisations across England, protecting both jobs and our proud cultural heritage.