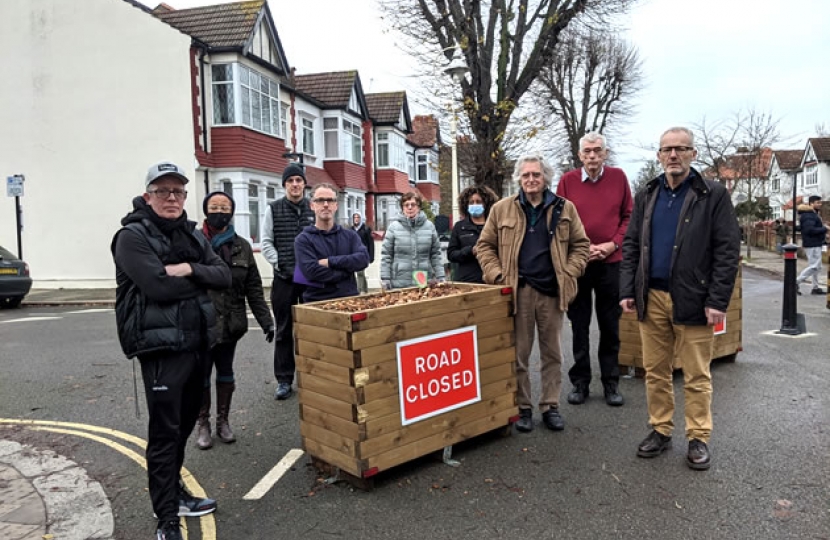 Ealing’s Low Traffic Neighbourhoods [LTNs] will be in place until at least August next year as new series of changes to the trials have been approved by the council’s cabinet, in a devastating blow to local business and residents.

On Tuesday December 8th, Ealing’s Labour cabinet approved new stringent measures to the schemes across the borough, including to remove all bollards to allow for new security cameras to monitor cars number plates.

Ealing Labour Councillor for Southall Green and Transport cabinet member Jasbir Anand said “nothing is off the table” for the future of the schemes and that changes being made to the trials showed the council’s commitment to responding to evidence and feedback.

“We have received no formal complaints from the emergency services from the schemes and are not aware of any instances where response time targets have not been met in the trial LTN areas.

She added, “I hope that in making these changes we will be able to demonstrate we can address some of the most commonly raised concerns about the trial while also keeping the benefits that many have seen from them.”

The changes are estimated to cost around £140,000, which will in part be covered from financial grants from Transport for London. The initial budget of £133,000 allocated to the council, the cabinet report noted, proved to be “inadequate” due to the “large level of vandalism”, particularly relating to LTN 21 which alone cost around £30,000.

Ealing Labour Cabinet also agreed 8 out of 9 recommendations presented by the council’s Overview and Scrutiny Committee over the schemes. Out of the nine current trials that the council has imposed across the borough without any initial consultation or assessment, five will facing direct legal challenges from local residents against the undemocratic process.

Council Leader Julian Bell noted that residents in some areas were frustrated they have not yet had LTNs introduced. He said, “That 10th LTN we still haven’t introduced in the East Acton ward, on the Golf Links estate, that is being positively campaigned for by the residents’ association, and they’re not happy we haven’t implemented it there.”

In light of this as the local opposition on Ealing Council we have ‘called-in’ the decision by the Cabinet to proceed with more Low Traffic Neighbourhood Schemes (LTNs).

The move, similar to one made by Conservative councillors recently in Hounslow, will require the decision to go back to the Overview and Scrutiny Committee which can then make non-binding recommendations to the Cabinet.

The call-in request was made due to a change in Council rules which meant that both opposition groups must agree in order for a call-in to take place. The meeting is likely to happen in January 2021.

Group Leader and GLA Candidate for Ealing & Hillingdon Gregory Stafford said "on behalf of the six Conservative councillors, I have "called-in" the decision at last night's Cabinet on the LTNs. This means that the decision has to be reviewed at the Overview and Scrutiny Committee again in January. Rather than these ineffectual tweaks, we shall be pushing for an immediate scrapping of the LTNs".

For our Campaign Spotlight on the Hartlepool By-Election, meet Jill Mortimer, the Conservative candidate for Member of Parliament in Hartlepool.