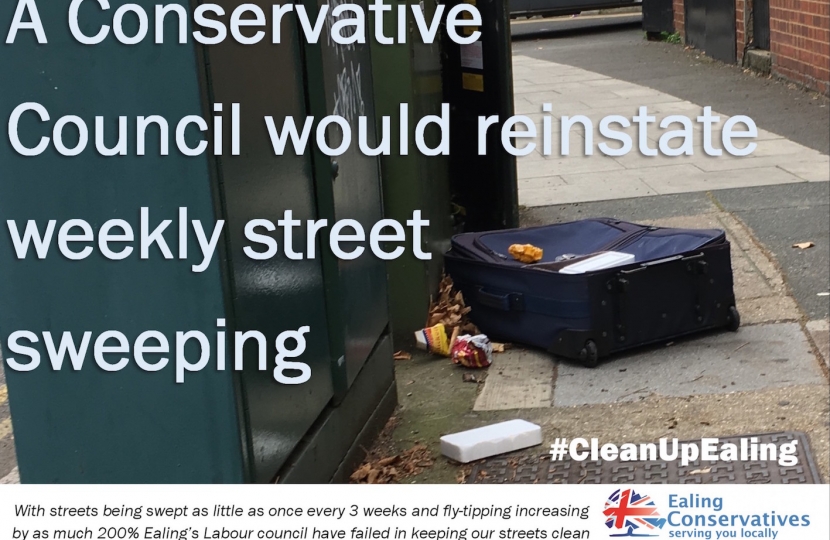 One of the first pledges announced by Ealing Conservatives ahead of Local Elections in May is that we would reinstate weekly street sweeping and free garden waste collection. We believe we can deliver a cleaner Ealing.

The waste and recycling changes have been a disaster. The streets are now only swept once every three weeks. Fly tipping has increased by over 200%, one of the worst in the UK. We will sweep every street at least once a week and will promote recycling by collecting garden waste for free and reducing the costs of collecting bulky items. – A CLEANER EALING