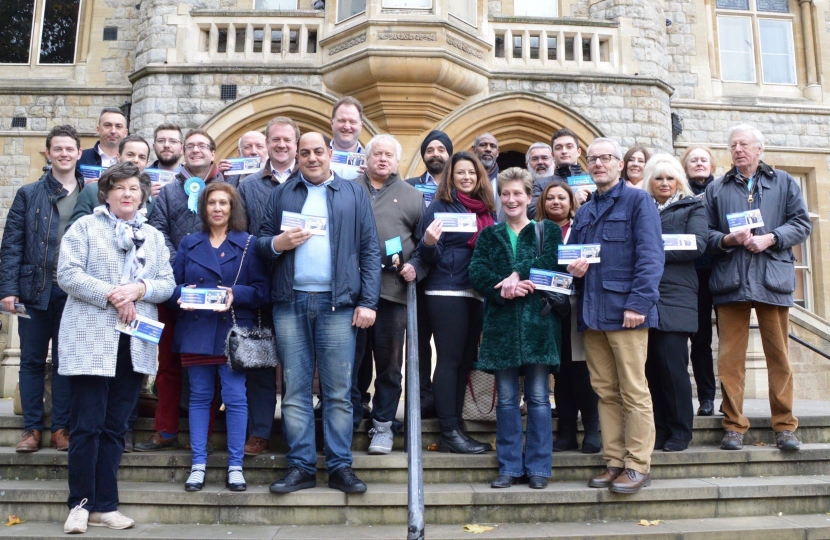 19 months from selecting a developer for the Ealing Town Hall, the Labour Administration has yet to secure a signed contract.

Ealing Conservative Councillors believes the lack of a contract is a signal that Labour’s concession made after pressure from the Conservative Scrutiny Call-In, which secured the right of the public to hire the famous Victoria Hall for duration of the 250-year lease and not just 5 years as planned, is not acceptable to the developer.

Ealing Conservatives also believes that Labour are now attempting to drag the process out until after the local election in May, where they will  quietly drop their promise to protect the public interest in Ealing Town Hall.

“The signs are there that public access to Ealing Town Hall and ability to rent the splendid Victoria Hall will be quietly forgotten by Labour after the local election in May.

It has been 19 months since the Labour Administration voted to get rid of Ealing’s crown jewel - The Town Hall, by the grant of a 250-year lease to a developer to turn into a boutique hotel.

At that time, Conservative Councillors questioned the legitimacy of giving away the much-loved and much-used public asset built by public subscription to commemorate Queen Victoria’s Golden Jubilee in 1887 and argued successfully that the public should be allowed to the hire the Victoria Hall for the full duration of the proposed 250-year lease and not just for 5 years as originally proposed.

We are now fearful that the failure of the Council to get the contract signed implies that they have not been able to get the developers to agree to the public use for the full 250-years.  Furthermore, Labour’s decision to consult now on the charitable status of the Town Hall after the agreeing to flog it, suggests that they are just waiting until after the election to backtrack on letting the community use the facilities for the duration of the lease.   This certainly would not be first, not the last time, that Labour falls to safeguard the public’s interest.”